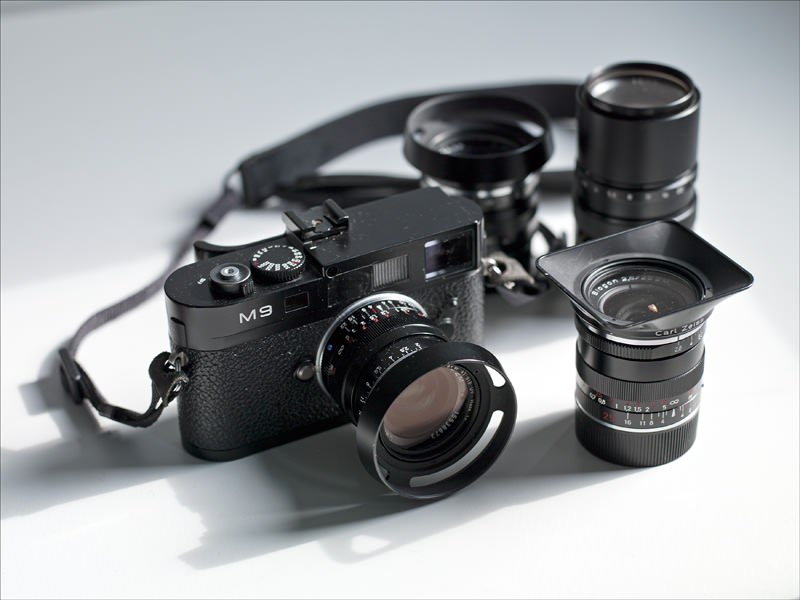 A Year With the Leica M9

Since I earn a living with my cameras, I hesitated a long time before buying into the Leica M-system. My Nikon cameras are fast, versatile and have acceptable IQ in bad light. And since the Nikon system is my main moneymaker, I wondered: invest in the D3x for high resolution work, or was there room for something else? A smaller and lighter system with equal or better image quality (under normal circumstances), something that would be FUN to work with and that would be useable enough to earn money with? I started out with a black Leica M9 and a second hand Zeiss Biogon 35/2.0 which made a very good one-lens setup. It paid off and during the year I completed my M9 with a Biogon 25mm, a C Sonnar 50mm and an Elmarit-M 90mm. My initial plan to upgrade the Zeiss glass to Leica lenses has shifted, considering the very good results I get with the Biogons and the classic Sonnar. 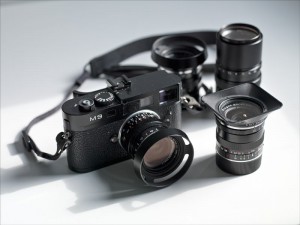 my M9 with the 35 fitted; 25mm with rectangular shade; 50 and 90 are in the background. Image shot with the Hasselblad CFV-39

During the first year the M9 has proven to be a worthy addition to my camera’s. I used the M9 for portraits and documentary work and almost exclusively during travelling (bringing a D700 only as a backup with a 20mm and a 105). What a lot of Leica users are saying is really true and a great help by photographing people: the M9 doesn’t stand out as a big gun. Being a small and near silent camera, it really gives you the opportunity to photograph nearly unnoticed. People sometimes _do_ notice, but don’t react to it since they don’t feel threatened by the small camera. Try to achieve that with a D3 and a pro zoom! 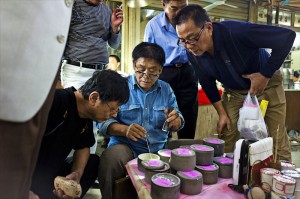 Chinese men use a straw to check the live crickets for sale at an insect market in Shanghai, China. M9 with Biogon 2.8/25 @ ISO 800

Image quality is very good and the 18MP gives some headroom for cropping your shots without giving up too much detail. The Kodak sensor that is used in the M9 has a different way of rendering colours (compared to what I get from my Nikons) and out-of-the-box offers a more saturated image than the Japanese CMOS sensor. I noticed that using lenses uncoded with the M9 gives different results than using coded lenses. Uncoded lenses tend to have some vignetting and some colour shift. I do have my lenses coded; the Elmarit was factory-coded; my Zeiss glass is coded as Leica equivalents. I use a sharpie pen for coding. 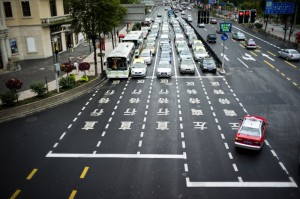 I’m not into measuring and comparing high ISO performance between cameras, but the M9 has an ISO sensitivity that goes up to 2500 ISO. I think from 800 ISO and up you’re getting into the danger zone because noise does show in your images. At 1600 ISO it’s still usable, but it all depends on the lighting circumstances how bad the noise will get (using some noise reduction in Lightroom cleans up the noise a bit). Some users may disagree, but I think ISO 2500 is unusable for any kind of acceptable result with the exception of converting the image to black and white (usually a nice thing for amateur photography, but not something a paying client might be asking for 😉 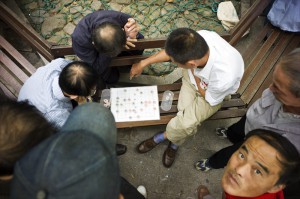 Still, the rangefinder design allows for slower shutter speeds than SLRs and the quality of the lenses -when used wide open- gives good available light performance when photographing in the ISO 800~1600 range. People expecting to use a M9 in the 1250~2500 ISO range without any noise or artifacts might be better of investing in another camera. Noise does exist; it all comes down to how good you are in controlling the available light during photography or controlling the noise in postprocessing. 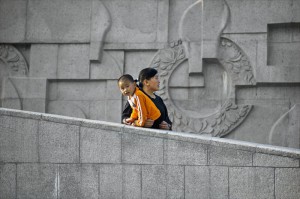 Build quality of the camera is all metal and it feels solid like a brick. I used the camera for a year now; used it in several climates and cities and stuffed it in various bags and sacks. I added a glass LCD-protector (and broke two of these protectors, so they do serve a purpose) and for getting a better grip when holding, I bought a thumbs-up lever. I’m not hammering nails into walls with my cameras, but my M9 has had its share of day-in-day-out carrying around, shooting, and throwing in the backseat of rental cars. After a year of usage my M9 has some small scratches, but overall the paint is holding. The only thing that ‘feels’ a tad strange, is that with one out of x-hundred exposures when I do a soft press on the shutter, the camera makes a screeching noise and I shoot a black frame. I suspect that sometimes the cocking mechanism hangs when the shutter button is pressed too softly or not pressed all the way down. Pressing a second time brings the camera back in normal shape.

Using the rangefinder system was something I had to get used to again. I own a Hasselblad XPAN rangefinder, but the last few years it has seen little action, so picking up another rangefinder camera like the M9 needed some adjustment in my way of shooting. I have become very quick again in using the rangefinder, but still it needs more time and attention to detail than when using an autofocus camera. I use the camera in manual mode mainly with my right forefinger being able to adjust the shutterspeed dial without moving the camera from my eye. 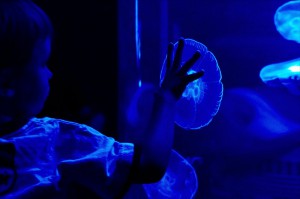 After using the M9 for over a year now, I can conclude that -for me personally- it serves its purpose. However, I still bring a Nikon backup during travelling and when I do assignments that need to be done in a few moments, rainy weather or dim-lit locations, I usually take the Nikons to get the job done. For me there’s absolutely no choice between the SLR’s or the M9: they co-exist side by side and I use the system that best fits the job, but when travelling I prefer using the Leica. The 18MP delivers a very good resolution to work with and gives some more cropping headroom than the 12MP’s of my current (august 2011) Nikon cameras. The Elmarit-M and the three Zeiss lenses I use, give satisfying results, and while drooling over the newest Summicrons, I’m not planning any change in my current glass lineup. Bottom line: no regrets for going the M-system route.

ESSENTIAL’s I added to my M9: 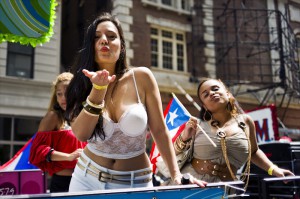